"Has anyone seen my pencil? I just had it!" I say feeling a tad annoyed.

Marijuana Girl looks at me, laughs and points to the back of my head. 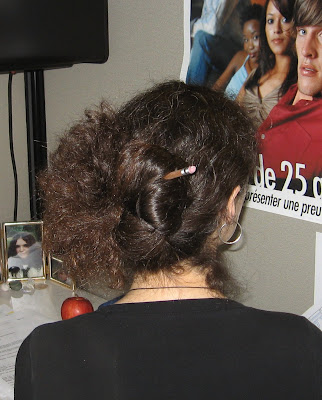 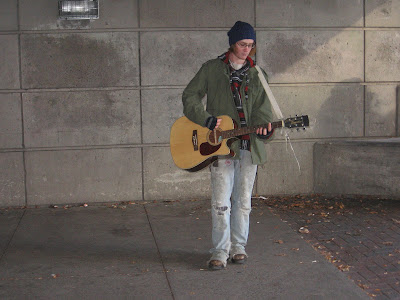 I have a weakness for boys

My first fiancé had red hair and freckles. 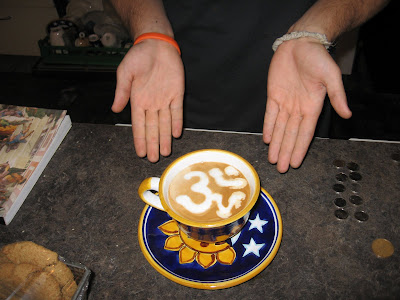 OM
a strong cappuccino gently served
on a cold day
Posted by Woodsy at 7:50 PM 2 comments: 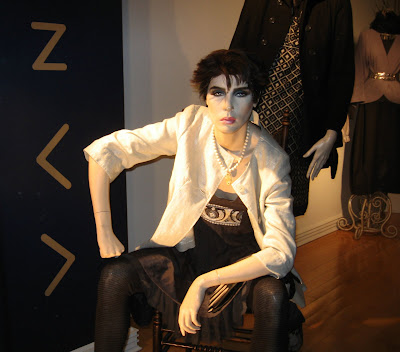 She wouldn't stop staring at me, so I took her picture!
Posted by Woodsy at 8:31 PM 9 comments:

On Sunday I volunteered to make pies at St. Luke's Anglican Church for their Lunch Club and Drop-In Centre.

There, I met a young woman whose sweetheart is on a peace-keeping mission in Afghanistan, and it made me think to remember the sacrifice our present soldiers and their loved ones are making in the name of peace.

As I was rolling out pastry tops, I remembered my elderly friend, May, who lived through the bombings in London during WWII. Her father would insist that they make tea, eat biscuits, and sing happy tunes while the bombs fell all around them. "If we die tonight, we will die happy," her father would tell his family. They survived, and May recounted those terrifying times with a tenderness in her heart for her father's brave attempt at keeping them sane.

I was using my maternal great-grandmother's rolling pin to roll out the pastry, which made me remember my grandmother's cousin who survived a grenade blast in World War II. He was saved by his best friend who threw himself on the grenade. My grandmother would get misty eyed whenever she told me this story. I always wondered if she had been sweet on the boy who died so bravely.

We made the pastry, 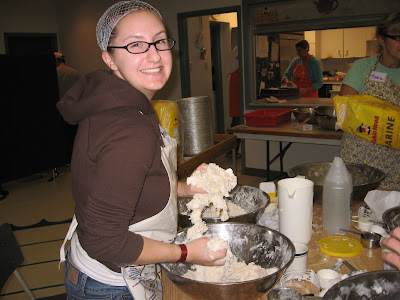 peeled, cored, and cut up apples, 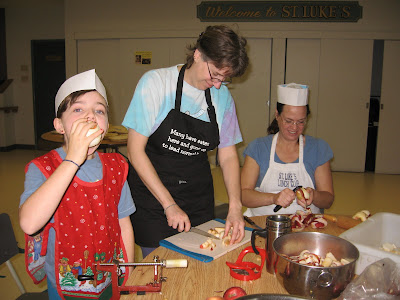 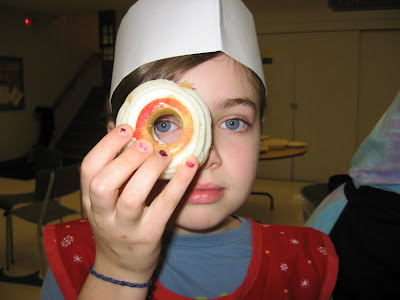 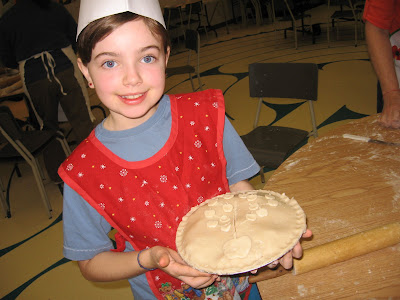 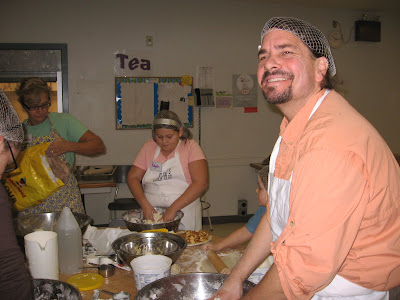 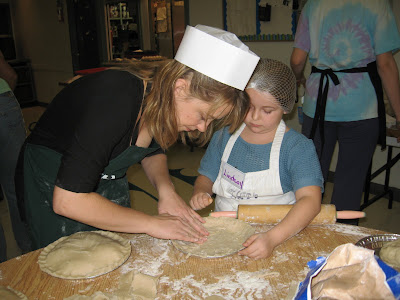 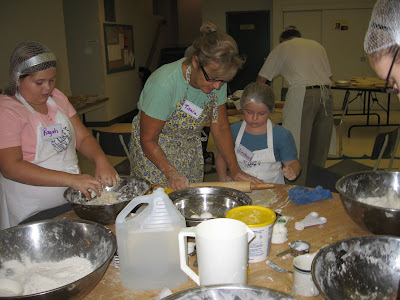 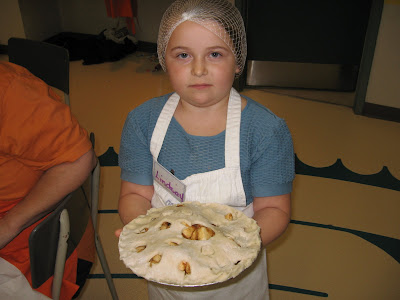 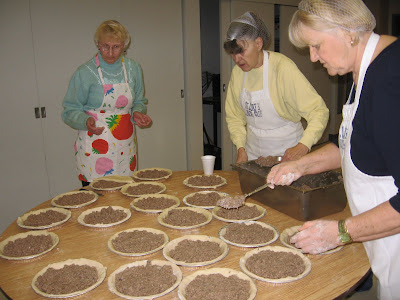 and we produced over one hundred pies! 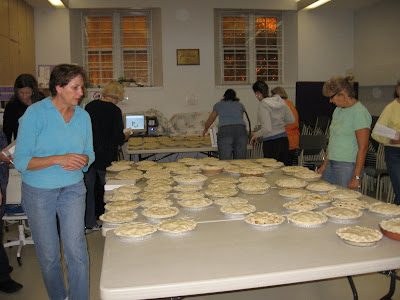 "He's covered in some kind of sticky resin. He's screwed." 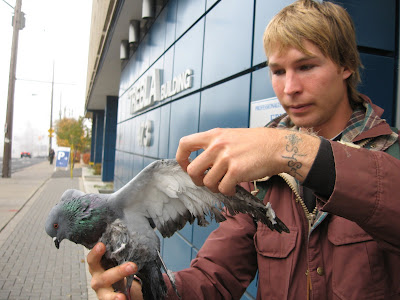 The pigeon was calm and seemed at peace in this young man's caring hands. 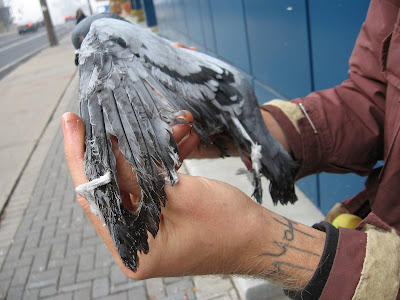 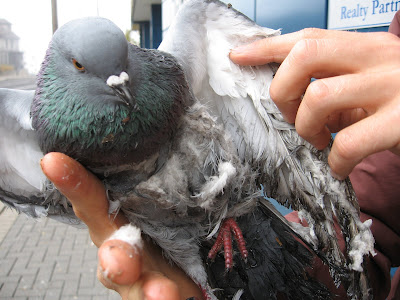 Who or what did this to this poor creature?
Posted by Woodsy at 5:00 PM 3 comments:

Zoom is so lucky, I mumbled to myself today during a stroll, she always sees the coolest things during her walkabouts.

And then, I saw the woman sitting in the airplane seat on the sidewalk!

She seemed unscathed, and she was agreeable to chat.

"I am waiting for my husband to pick me up," is all the explanation she offered. 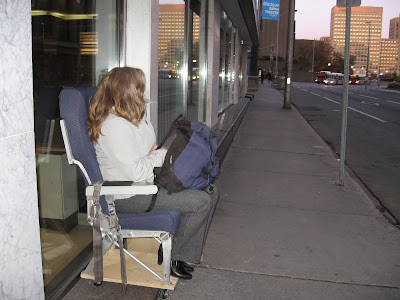 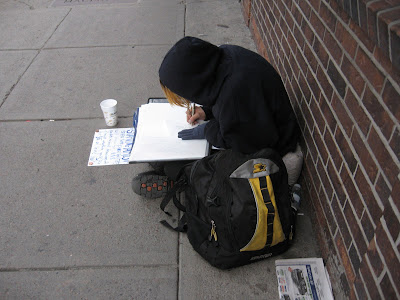 While our mayor is busy shopping for street furniture to make our city swellegant and in sync with the nature of its good citizens, Lise (pictured above) is working hard at trying to earn an honest living. Lise is a talented pixie-like young woman who for $5 will draw almost anything you request.

It is her goal to complete her high school diploma, and she is aspiring to apprentice in a tattoo parlor.

I liked Lise immediately – she was amiable and talented.

I asked if she could draw me. "Of course," she responded with unblinking confidence.

I am delighted with the way she captured my astral presence. 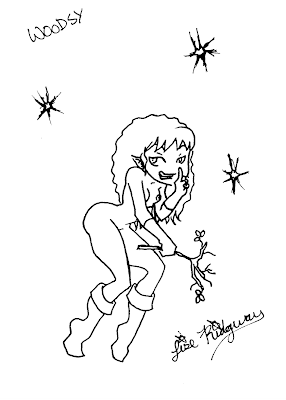